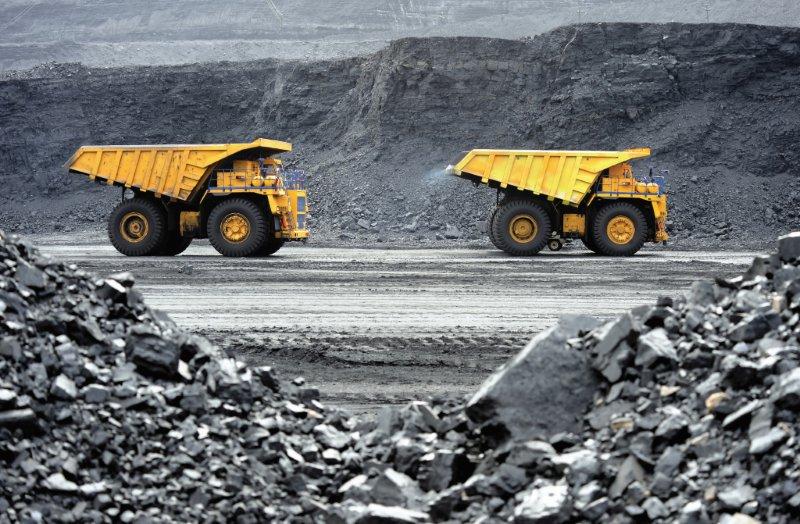 JSC  “Macedonian Power Plants” during 2010 actively continued its investment activities for improving and modernization of existing activities and started with preparations for construction of new generation capacities. Regarding the fact that in 2009 AD ELEM started the largest investment cycle from existing of the company during entire 2010 continued the trend of investment and realization of started projects. AD ELEM invested around 50 million Euros in new projects as well as maintenance of plant promptness of existing energy facilities:

REK “Bitola”
In the largest combine for electricity generation REK “Bitola” was invested in providing continuity of excavation of coal as well as extending of operation lifetime of TPP “Bitola” with modernization of three units. Ordinary supplying with coal of TPP “Bitola” shall be provided with simultaneous work of three mines “Suvodol”, “Brod-Gneotino” and “Deep Underlying Seam”.
One of the most significant projects during the last year was beginning of modernization and rehabilitation of aggregates due to extending of operation lifetime of TPP “Bitola”.  Modernization of first unit in amount of 22 million Euros was successfully finished during 2010.
Regarding the second phase of boiler rehabilitation in TPP “Bitola”, it is expected to be provided the smallest consumption of heat on the entrance of boiler, respectively increasing of efficiency of unit as well as decreasing of emission of dangerous gases in accordance with directives of EU. The project is in phase of tendering procedure for accomplishing and tender for selection of consultant was announced.

Project for rehabilitation of existing excavator from mine “Suvodol”
Breakdown of rotor excavator СРс 2000/553 from mine “Suvodol” happened in May 2008. Due to rehabilitation of excavator, an agreement was concluded with company Takraf (by turnkey system). Financial assets in amount of 8,2 million, in accordance with the contract with Takraf, were provided by AD ELEM and in 2010 were realized investment activities in amount of 3,3 million Euros. Excavator rehabilitation, intended for excavation of waste in SM “Brod-Gneotino”, is completely finished.

Surface mine „Deep Underlying Seam“
SM “Deep Underlying Seam” was opened and commissioned in May 2010 with reallocation of supplied mining equipment, excavator and spreader from SM “Brod-Gneotino”. Financial assets were provided with loan from KfW Bank due to supply of this part of equipment in amount of 16,60 million Euros out of which 2,29 million Euros were invested in 2010.

Additional researches in Coal deposit Mariovo
AD ELEM started with investments in coal deposits which are exceptionally important for Republic of Macedonia.  Namely, geological and geotechnical additional researches of coal deposit Mariovo are finished in 2010 in accordance with planned deadline and designed specification for execution of terrain and laboratory examinations. AD ELEM invested two million Euros in this project and investment activities in amount of 1,4 million Euros were realized in 2010.

Subsidiary “Energetika”
Reconstruction and modernization of both turbo aggregates in subsidiary “Energetika” located in municipality Zelezara was entirely finished during 2010. AD ELEM additionally had at disposal 30MW new installed power for the necessities of energy power system with realization of this project. The first aggregate was commissioned in November 2009, and the second in February 2010. Investment activities in amount of approximately 3,6 million Euros were realized for this project, and 370 thousand Euros were realized in 2010.

AD ELEM, during 2010, worked on the three significant projects for AD ELEM as well as for Republic of Macedonia: HPP “Boskov Most”, storage “Lukovo Pole” and Wind Park “Bogdanci”. Activities for elaboration of technical documentation necessary for obtaining construction permission and bases for the necessities of further designing were realized for these projects in 2010.

Project „Rehabilitaion of HPP – second phase“
Project “Rehabilitation of HPP – second phase” is planned to replace old and spent hydro-mechanical, mechanical and electronic equipment and to intervene in construction facilities. Besides replacement of old equipment, within project realization, additional equipment shall be installed especially in the part of automation of electricity generation process, as well as installation of additional equipment for auscultation and monitoring of condition for stability and safety of dams and additional facilities. Total installed power of hydro power plants in the system of AD ELEM shall be increased for 18,31 MW with execution of planned projects as well as additional electricity generation of around 50 GWh. Due to this aim in 2011, Loan Agreement was signed with KfW Bank. For this project, Consultant was provided who in cooperation with AD ELEM shall prepare tender for equipment and shall participate in project implementation. Preparation of tender documentation for procurement of equipment is ongoing.

HPP „Sv.Petka“
HPP “Sv.Petka” is the missing link for optimal use of hydro potential of Treska River. Simultaneous operation of HPP “Kozjak” and HPP “Sv.Petka” shall result in additional available power of cca 110 MW in energy power system. Concreting of powerhouse building and embedding of concreted parts and equipment, concreting of dam and drainage gallery, grouting of grouting galleries at left and right side curtain are executed at the moment. Simultaneously with construction works, generation and delivery of equipment is being accomplished. Investment activities in amount of 7,5 million Euros are realized in 2010.

Project  „Solar power plant “
Consulting Agreement for elaboration of study with Sogreah was signed for the project solar power plant and grant was gained by French Government in amount of 400.000 Euros.