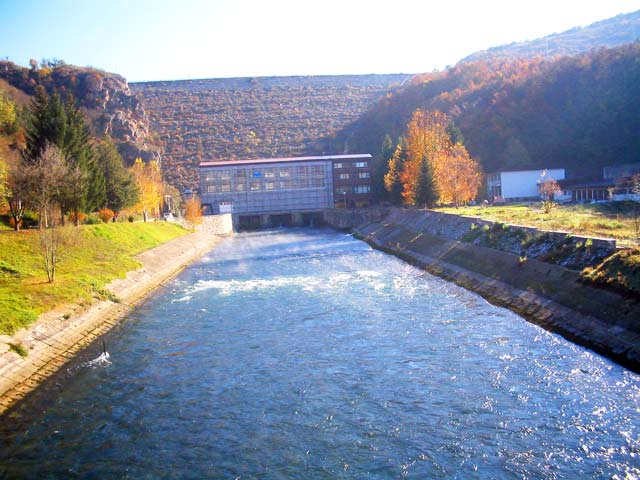 JSC „Macedonian Power Plants” during the 2013th continued the investment activities in important projects for improvement and modernization of existing facilities and construction of new facilities. The total amount of investments, both for completed and newly started projects, is more than 170 million euros.

THERMAL POWER PLANTS
Revitalization and modernization of TPP „Bitola”
During the 2013th the boiler system in TE „Bitola 2” was modernized. This 88,5 million euro project features complete replacement of the coal track, the coal intake, the air intake, replacement of the bigger part of the hose system, decreasing of the emissions and many other operations on all three thermo power plants in REK „Bitola”. The entire realization of the project is planned to be finished until October 2015th when AD ELEM, with respect to the NO emissions, will become compatible with the highest European environmental directives.

RENEWABLE RESOURCES OF ELECTRICAL ENERGY AND ENERGY EFFICIENCY
Wind Park
During May 2013th on the location Ranavec near Bogdanci, a foundation for the Wind Park „Bogdanci” was placed and the construction activities have started. In accordance to the work dynamics, during the 2013th the infrastructure, the secondary objects and part of the wind turbines were erected. JSC „Macedonian Power Plants” for its first such project, set a benchmark of minimum annual production of 100 GWh or approximately 2% from the current production per year. The detailed analyses proved that the size of the wind park will completely justify the use of the available area and the wind resources and that the location Ranavec is the most appropriate for the cause. The turbines are product of Siemens – Denmark and are considered among the best of their class. The installed capacity of each turbine is 2.3 MW, the height of the pole is 80 meters and the diameter of the rotor blade is 93 meters. WP „Bogdanci” is expected to deliver at least 100 GWh renewable energy, sufficient for households of more than 60.000 people in RM annually, or a town the size of Prilep, Kumanovo, Tetovo or Gostivar. Simultaneously, they will increase the installed capacity for 36,8 MW. This project will increase the rate of the renewable sources in AD ELEM portfolio which presents another indicator for the care towards the environment.
In this 55,5 million euros worth project, the loan from the Government of the Federal Republic of Germany trough KFW bank amounts 47,9 million euros, whereas 7,6 million euros come from the funds of JSC „Macedonian Power Plants”. In the following period, JSC „Macedonian Power Plants” in cooperation with the Government of the Federal republic of Germany will determinedly continue to develop and promote the renewably  energy and to build eco-friendly production capacities for the benefit of the citizens of Republic of Macedonia.

HYDRO POWER PLANTS
Revitalization of HPP – second phase
During the third decade of February 2013th the revitalization of the hydro power plants of JSC „Macedonian Power Plants”  – second phase started, featuring change of the old and worn-out hydro-mechanic and, machine and electro equipment. Also, there was an architectural intervention in the hydro-power plants and its additional objects. Within the same project, additional equipment has been installed, especially in the range of automation of the power generating process, as well as installation of additional equipment for observing the architectural soundness  of the dams, the stability and safety of the dams and the featured objects. The 33,6 million euros worth project which was officially completed in July 2014th, enables extended life expectancy of the existing hydro power plants and its featured objects, as well as increasing the safety and the capability, increasing the installed capacity to 18,31 MW and additional production of approximately 50 GWh electric power annually.

MINES
Coal pit Zivojno
AD ELEM invested 3,5 million euros for additional geological and geotechnical  researches of the coal pit Zivojno. The research ended in March 2013 and along with making elaborates for mine reserves and their revision, the process for finalization of researching Zivojno as new coal mine necessary for extending the life expectancy of REK „Bitola” was enclosed. It is estimated that JSC „Macedonian Power Plants”  will invest 103,5 million euros in this mine and the realization would start upon finishing the main mine project.

Expanding the network of ELEM Energetika
As of 1st of January 2013, JSC „Macedonian Power Plants” through its subsidiary „Energetika” started to distribute heat energy for the customers in the entire settlement of Avtokomanda in Skopje. In order to provide this service, during the last year the company set the 2 kilometers main pipeline in Avtokomanda. This investment is valued at 1,7 million euros and it was conducted in cooperation with the Municipality of Skopje upon a request from the inhabitants and the local self-government. This investment made it possible for additional 1.854 households in 70 objects, as well as kindergartens, schools, athletic facilities and business centers to connect to ELEM Energetika heating network.