After PVPP Oslomej, the project PVPP Oslomej 2 with installed capacity of 10 MW and planned average annual production of 16 GWh of electricity, with support from the EBRD, will be realized as a continuation of PVPP Oslomej 1. This project together with the project PVPP Bitola, which has an installed capacity of 20MW, will be financed with the help of a favorable loan from the European Bank for Reconstruction and Development in the amount of 25 million euros.

The land is owned by JSC “Power Plants of North Macedonia” and the site is within a short distance from the substations and road infrastructure, i.e. in the immediate vicinity of an already operational power plant, which provides access to trained labor. The combination of favorable location factors, together with the strategic commitment of the Government, provides real potential for the realization of this project. The costs for construction of PVPP will be significantly reduced because the existing infrastructure from TPP “Oslomej” will be used.

Oslomej 3, on the other hand, through a public-private partnership will be built in the district of REK “Oslomej”, our thermal power plant in Kicevo. It will be built on the site of an exhausted coal mine, near the first 10 MW photovoltaic plant which construction is already underway. Our new investment, which is actually initiated as two power plants, from at least 40 MW to a maximum of 50 MW, will be on the principle of public-private partnership, with AD ESM being the public partner. 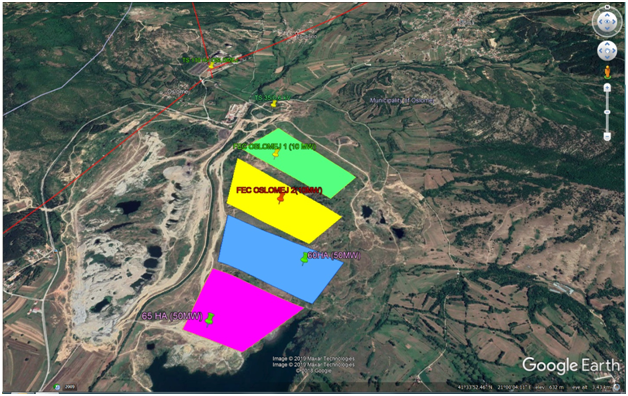 The public-private partnership agreement would be valid for 35 years, after which the private partner is obliged to transfer the ownership of the photovoltaic power plants and hand them over to the public partner (AD ESM), in proper operational and operating condition. The construction of the power plants will be a complete investment of the private partner, and it is estimated that their construction will cost about 70 million euros. AD ESM’s investment in the construction is the land, the data related to average solar radiation, then average annual temperatures and wind currents, as well as expected annual average production of 170 GWh of electricity. The access road to the power plants, as well as the balancing of the energy, are part of the obligations that we can provide.

Current global energy trends call for a more ambitious transition to a low-carbon economy, with renewable energy among the most important factors enabling that transition. In that sense, AD ESM intensifies its focus on the development and implementation of new projects for electricity production, in order to increase the share of renewable energy sources, and more specifically with photovoltaic power plants with larger (large scale) installed capacity. 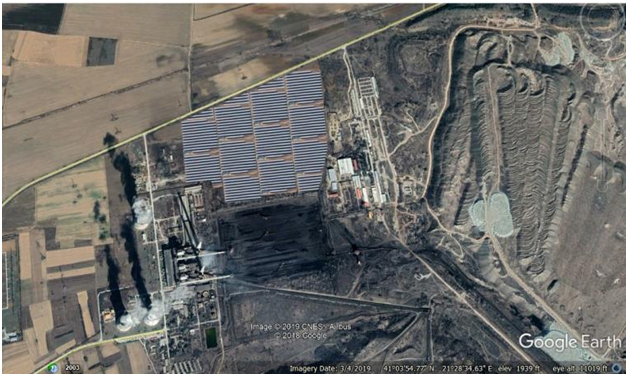 Given the available energy resources and the land belonging to AD ESM, the most flexible option that will enable the production of clean energy from renewable sources are photovoltaic power plants. In that direction, development activities have been started in cooperation with the EBRD for realization of the projects: PVPP Bitola 1 with installed capacity of 20 MW, with an average annual production of 32 GWh, which will be financed together with PVPP Oslomej 2 through a favorable loan from the European Bank for Reconstruction and Development in the amount of 25 million euros, and PVPP Bitola 2 with installed capacity of 40 MW, with an annual production of 70 GWh and an estimated value of 30 mil 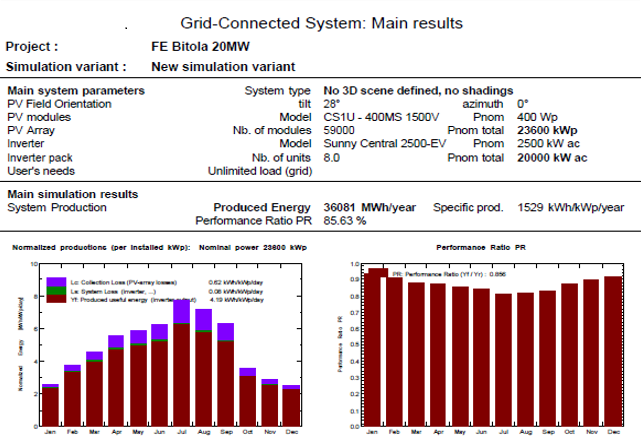 The construction of the photovoltaic power plant in TPP “Bitola” will increase the share of renewable energy sources to 160 MW. The costs for construction of PVPP will be significantly reduced due to the use of the existing infrastructure from TPP “Bitola”.