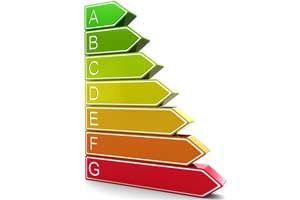 The European regulation ,,Europe 2020” for smart, sustainable and comprehensive development (“Europe 2020, A strategy for smart, sustainable and inclusive growth”) provides measures to reduce emissions of exhaust gases by 20%, then increasing the use of renewable sources of energy by 20% and increase in energy efficiency by 20% by 2020, in relation to 1990. Implementation of these measures, among other things, will contribute to a better and more qualitative future for the next generations, but also opening new jobs.

Energy efficiency actually means carrying out the same or a greater range of activities with the same or lesser amount of energy consumed (electrical, thermal, light, kinetic) and with less carbon dioxide emissions in the atmosphere. The International Climate Change Panel defines energy efficiency as inversely proportional to energy intensity. Moreover, the increased energy efficiency should not be at the expense of reducing the comfort of the users. With the implementation of energy efficiency measures, at the same time, conditions for sustainable development are provided. This means that the reduction of energy sources use provides the future generations with resources for their own growth and development. Inefficient use of electricity increases in proportion to the increase in electricity consumption, increased activity in the economy and the use of outdated technology. In addition, this increases the adverse environmental impact and wasted resources that can not be recovered, and the next generations will not have adequate access to them. Apart from consumers, who are striving to reduce electricity consumption, energy companies are also trying to contribute to achieving the 2020 targets. More recently, the major energy companies in Europe and the world, including JSC ESM, are implementing measures for increasing the energy efficiency in the interest of maximum utilization of electricity and reducing their own energy consumption. All of these measures are in line with the recommendations of the adopted energy efficiency, energy and renewable energy Strategies, which, in turn, envisage a reduction of energy consumption by 9% of final consumers by 2018 compared to 2002-2006 consumption.

These benefits contribute to the developing the consciousness of the people to a great extent. With the energy efficiency project, it is possible to save the existing costs, which means that the investments for increasing the energy efficiency are cost-beneficial. Such saving can be transformed into meeting other needs and increasing the competitiveness of Macedonian businesses.

For energy companies that produce electricity and heat, the increase in energy efficiency increases competitiveness, by opening up opportunities for:

JSC ESM has a strategy for improving energy efficiency and reducing its own electricity consumption. The strategy includes several major projects, such as:

The compensation of electricity in the mines in REK “Bitola” For this project calculations, simulations and analyzes were made, as well as assumed saving and gain. The results were obtained on the basis of the current state of the electricity network in the mines “Suvodol” and “Brod-Gneotino”, with consumers who were then in function and for the valid price of electricity. Additional interest in this project is due to the fact that its application will improve the power factor. According to the analyzes conducted for the medium-voltage network and the planned own consumption in the mines, with the improvement of the power factor for the two mines, the total saving of around 22 GWh per year would be obtained. Apart from the benefits of improving the factor of power and reducing its own electricity consumption, with the application of electricity compensation, the effective value of the electricity in the network elements decreases, and thus, the reduction of: the voltage loss, the loss of the active power, the losses of the reactive power, and the apparent loading of the generators, transformers and the water. So, implementation in practice would create the conditions for not overloading the generator, transformers and water lines, and provide a reserve for the additional increase in the active loading.

Replacement of electric motors and their control with frequency regulators for flue gases fans and power pumps in TPP “Bitola” Another important project, related to the implementation of energy efficiency in REK Bitola, which generates the largest savings in own electricity consumption, even up to 60%, is the replacement of the electric motors – the working mechanism – the fan and its impeller. The frequency regulator participates with 25% in the total energy savings, and using a high-efficiency electric motor can achieve 15% energy savings. A techno-economic analysis is under way to demonstrate the justification for investment. For the start it was necessary to take into account the current state of the electromotor drives and problems in the process of their operation and maintenance, then their age, reducing losses and maintenance costs, increasing efficiency, and increasing stability and reliability. After preliminary analyzes, it was concluded that the application of electric motors with an asynchronous motor for ventilators and variable speed pumps can significantly reduce the consumption of electricity and at the same time reduce the production costs. It proved the cost-effectiveness of the investment in terms of energy efficiency. In addition to saving electricity, an even more important is the effect that will contribute to the protection of the environment, which, in turn, needs to be defined through a project that is in progress. These results, as well as the raising of the power of the blocks, must be the starting point for modernizing the operation of the smoke fans. Also, it is necessary to take into account that the normal time of exploitation of an electric motor drive is 20 years, almost double in terms of the exploitation of the plants in REK “Bitola”, which is certainly a great contribution to the maintenance. In this sense, the greatest saving of electricity can be achieved by the appropriate design and selection of the working mechanism ventilator and the associated impeller. The savings from this project would be around 2 GWh annually.

Measures for Energy Efficiency at the subsidiary “Energetika” In the subsidiary “Energetika”, the implementation of energy efficiency refers primarily to the planned optimization of the plants and the technological process, including the procurement and installation of the boilers. In the study on plant optimization and the technological process, prepared in May 2015, which includes an analysis of the current situation, guidelines are also given on: how to reduce system losses, guidelines for shutting down the system at night, ie not delivering heating energy in the night time, then reducing own heat consumption, reducing water losses, as well as obtaining a cost-effective price for heating energy production. Another important project for improving energy efficiency is the reconstruction of the hot water station. With this project, besides providing reliability in the power supply, frequency regulation of the circulation pumps will be enabled, thus reducing the flow, in conditions other than the project ones, will mean a serious decrease in the energy consumption of these pumps. Continuous system monitoring and management (SCADA) is provided.

The project for modernization of the electric equipment will increase the reliability of the electricity supply to consumers connected to the distribution network owned by ESM, while at the same time reducing the losses of electricity and allowing the solution for connection of the new KOGEC (co-generative power plants).

All previously mentioned positive results represent a stable basis and further motivation in order to take additional steps towards increasing the energy efficiency measures within JSC ESM, which will also mean the saving of funds that in the future would be re-used for investing in other projects.

Steps Undertaken For Increased Energy Efficiency In year 2015, our company joined the project “Catalysing Market Transformation for Industrial Energy Efficiency and Accelerating Investments in Best Available Practices and Technology “ with the subsidiaries “Energetika” and “REK Bitola”. The project under is financial supported from UNIDO, and for its successful realization a working group was formed. From the formation until today the members of the group participated on multiple trainings for development of the energy management system – EnMS. 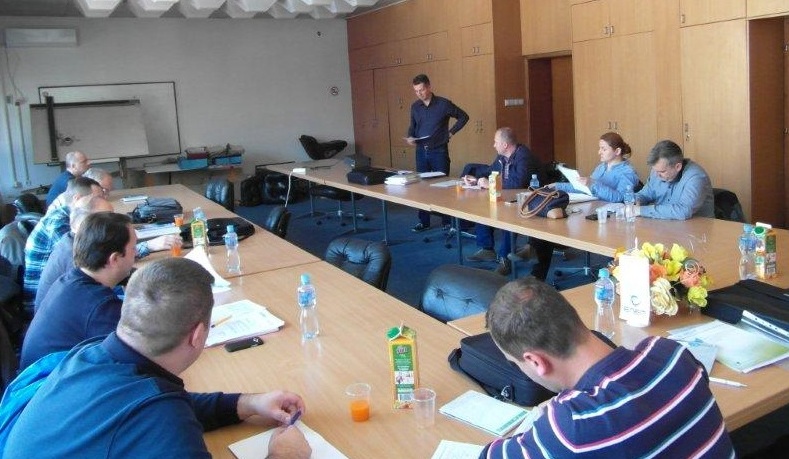 The energy efficiency projects within the JSC Power Plants of North Macedonia started to realize in year 2016. Each subsidiary proposed three projects for increasing the energy efficiency. The above-mentioned UNIDO project realization began as soon as the energy efficiency policy was defined and accepted on a corporate level. In the beginning the boundaries of the energy management system were defined and the roles and responsibilities were distributed to the members of the working group. Based on the data received, the significant energy users were identified and their energy performances were estimated via data’ regression analysis. The models created with these data were the base for assigning real and reachable targets and in addition couple of action plans were prepared.

Significance of the project The project aims to reduce the greenhouse gasses emission in the Republic of Macedonia through implementation of dozens of measures for increasing the energy efficiency: implementation newest technologies and practices, application of a system for energy management and other optimization systems, increased and improved availability of consultation services in this area and investments in projects for increasing the energy efficiency. 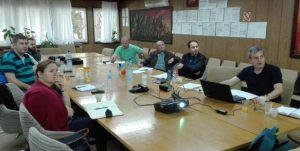 JCS Power Plants of North Macedonia will continue with investment projects which increase the energy efficiency in all the subsidiaries and initiate additional trainings and new campaigns for raising the awareness for energy efficiency and implementation of the system for energy management ENMS based on the ISO 50001 standard.

By the end of year 2017 there will be internal revision of the system for energy management implementation on a corporate level. The revision will involve all the activities implemented in year 2017 and based on the data received a new plan for energy savings for year 2018 will be set.