Renewable source of energy is any source of energy that is generated for a shorter time than is used. From 2005 with the implementation of the Law on Energy renewable energy sources are treated as a special field of energy which clearly shows the interest of the state for them and the need to define guidelines for future development. Currently, in our country, there is a development policy to support the following types of RES: 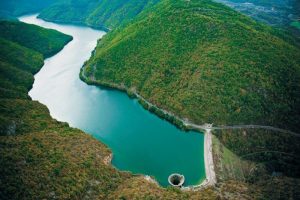 The total installed capacity of hydro capacities is 566 MW. Hydro systems provide 26% of total electricity production in the company or 16% of overall electricity consumption according to data from the Energy Regulatory Commission. The main purpose of the hydro potential is meeting the daily variations in electricity consumption, which results in greater flexibility and availability of the power system.

Currently developing several projects in order to harness the water potential for generation of electricity:

WIND ENERGY
Using the energy of the wind for electricity production has started to develop in the thirties of the XX century and then begin construction of the first wind – facilities for conversion of electromechanical energy of the wind. Today the production of electricity from wind energy is a branch that is successfully developed, both in terms of technology development, and in view of the increasing number of installed wind parks worldwide.

Following the trends of development and implementation of production facilities that use wind as a resource, ESM decided to include the wind energy as part of the company’s portfolio in June 2004. Installation of the manufacturing capacity that will use wind conducted a series of activities that resulted in the commissioning of the first wind park in the country, 16 wind turbines with an installed capacity of 36,8 MW. Trial release was realized in the period from April to August 2014, and in September 2014 the wind park “Bogdanci” officially started its work.

Currently preparations are being made for the implementation of the second phase of the project, the expansion of the wind park for an additional 6 windmills and additional 13,2 MW installed capacity. 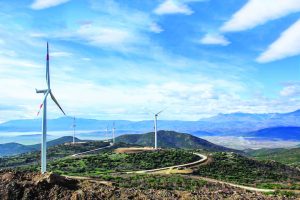